I wish you all very happy new year guys . I know am very fast to wish you all guys *kindly notice the sarcasm* 😛

Today I want to discuss the word of the year 2017 which was given by the oxford dictionary is ” YOUTHQUAKE“. By hearing the word we can easily predict the meaning,  the word youth usually means the current generation and the other word quake means shaking. 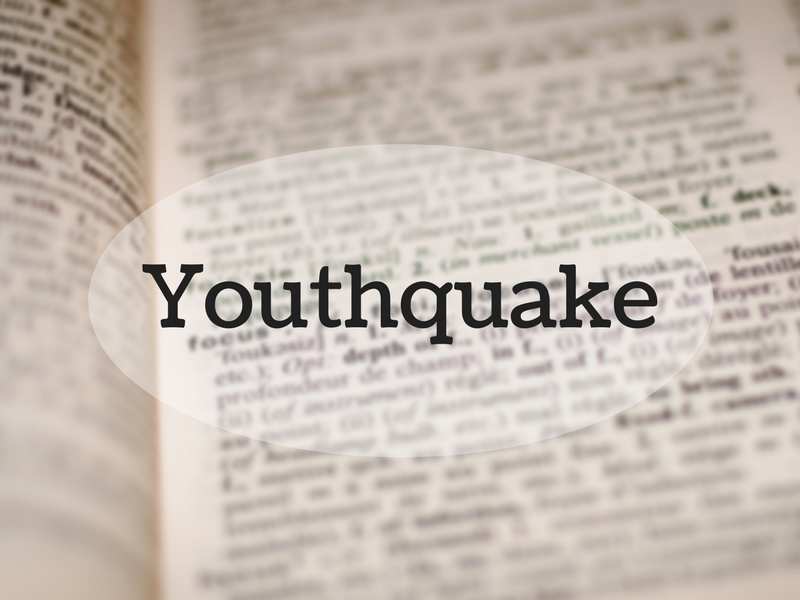 The official definition of the word YOUTHQUAKE given by the oxford dictionary is ‘a significant cultural, political, or social change arising from the actions or influence of young people’.

Now let us discussed the why the word has been chosen?

Five decades later YOUTHQUAKE has been resurrected with a new meaning, now referring to the political awakening of the oft-maligned millennial generation.

OTHER WORDS IN THE RACE WERE

Other words in contention for this year’s word of the year included ‘antifa’ – a short word for “anti-fascist”, and ‘broflake’ meaning a man who is readily upset or offended by progressive attitudes that conflict with his more conservative views.

‘Kompromat’ – the Russian term for compromising information collected for use in blackmailing, ‘unicorn’ – adding rainbow colours to things, especially food and ‘Milkshake duck’ – a person or character on social media that appears to be endearing at first, but is found to have an unappealing back story — were also considered.

And if you want to know more details behind the selection of word you can visit  blog http://blog.oxforddictionaries.com/youthquake-word-of-the-year-2017-commentary  by President of Dictionaries Casper Grathwohl.

as am being a teenager,

i want to discuss about the benefits of being “TEEN”

Where do I even begin with such a touchy subject like this? Well, I’m not going to go into excruciating detail because we all know what it was, or is like.

Hey guys, 🙂
This a big intro of mine!
I am a person who is positive about every aspect of life. There are many things I like to do, to see, and to experience. I like to read, I like to write; I like to think, I like to dream; I like to talk, I like to listen. I like to see the sunrise in the morning, I like to see the moonlight at night; I like to feel the music flowing on my face, I like to smell the wind coming from the ocean. I like to look at the clouds in the sky with a blank mind, I like to do thought experiment when I cannot sleep in the middle of the night. I like flowers in spring, rain in summer, leaves in autumn, and snow in winter. I like to sleep late, I like to get up late; I like to be alone, I like to be surrounded by people.  I like delicious food and comfortable shoes; I like good books . I like the land and the nature, I like people, I like to laugh and finally I am weirdest of alll 😀
Huh?
There is hell lot about meeeeee
If you are interested in knowing
more, read my articles. Do not expect too much, and keep your sense of humor. 😉